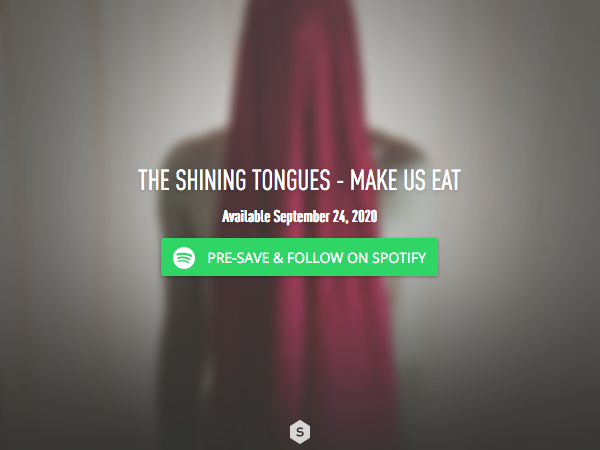 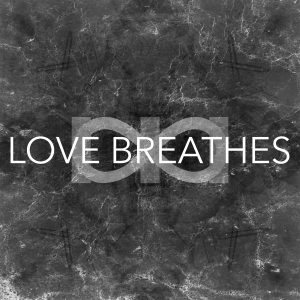 Love Breathes, our new single – and the first new music since Ascension Zone – is released today. Play it loud via your preferred method here: https://ffm.to/lovebreathes.owe

We’ve been performing this little hymn of self-surrender at recent live shows. Usually at a body-changing volume. We’ll be doing this again at Artrocker Club in London on September 13th.

Let us know what you think of the new music. It is, as usual, available everywhere but the version available on Bandcamp also features an exclusive virtual b-side in the form of a live recording of the song Dawn Accelerator. May the way out be as sweet as the way in.

We are pleased to announce that we’re headlining Artrocker Club at Aces & Eights, London on Friday 13th September. We’ll be performing some new music along with songs from Ascension Zone, Innocence and other chapters in our slightly confusing history. You’ll also be treated to some post-punk noise from Repo Man and some riff driven noise-rock from Modern Technology.

Tickets are £5 in advance from here. Or it’s £7 on the door. Attend and ascend!! 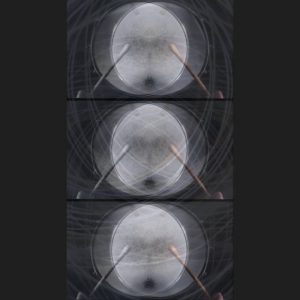 Drum Drum Drum / The Compact Mass, our new single, is released today. We encourage you to listen to it here: https://ffm.to/drumdrumdrum using your preferred method.

Drum Drum Drum itself is taken from the instrumental album Ascension Zone. The Compact Mass is from an album called Lemniscate 111, which is available exclusively to our Bandcamp Subscribers.

Our new album, Ascension Zone, is out on May 3rd on Actual Size Music. Here’s a short clip from one of the new tracks called The Eye. The video has some ducks in it.

Please do share this video far and wide. We’ll have news of a single from the album very soon.

Our next outburst of public self-flagellation is due to take place at Electrowerkz in London the day after the album is released – that’s Saturday May 4th. It’s a fundraiser for the Alzheimer’s Society and a tribute to the late Jim ‘Tornado’ Evans.

As well as The Infinite Three, you’ll also be treated to some throbbing electro-punk from Das Fluff, dark atmospheric pop from Waterglass and skeletal creepy blues from Locks. Take a look here for more info: https://www.facebook.com/events/342346849943844/

That is all for now. We are meek and await your embrace.
Your humble servants in noise and infinity,

Hello you good people. We have awoken from hibernation and have some very pleasing things to tell you about. Our next album, Ascension Zone, will be released in May this year.

It’s our first entirely instrumental album (not including some of the exclusive recordings we’ve made available to those of you who subscribe to us on Bandcamp) and we’re extremely excited about it. There will be some singles for you to hear before the release date – as ever, please join our mailing list to be kept abreast of our doings.

Innocence / Foam will soon be available in the USA on CD so if that is the country you live in, you’ll soon be able to order it from your local record store or purchase the album from CD Baby. As with the UK version, the CD will be a very limited edition.

Our first live show of the year will take place on 6th March at The New Cross Inn, a venue of legendary repute in London town. We’ll announce more details about this show as soon as we have them. We’re also very pleased to be performing at Electrowerkz again on 4th May along with Das Fluff, Waterglass and Locks. This show is a tribute to Jim ‘Tornado’ Evans and will help to raise money for the Alzheimer’s Society. Tickets can be obtained here.

It’s been a busy year for us here at The Banks of the River Effra. We released two EPs (which eventually ended becoming our fourth album),  embarked on our third UK tour and played a handful of other satisfyingly intense live shows.

We’ve also been working on another rather ambitious project: Two new instrumental albums. These records are quite unlike anything we’ve done before and we’re incredibly pleased with them. Our intention is to release them early next year with a tour to follow…

So for the rest of this month, we’ve decided to drop the price of EVERYTHING on our Bandcamp page by 20% if you use the code REMPLEX. That’s 20% off any album, single, CD or t-shirt. If we sold shoehorns you could get 20% off a shoehorn. But we don’t sell those.

Take a look here https://music.theinfinitethree.co.uk/music and if you’d like to help us to raise some funds for the next two albums, just use the code REMPLEX to get 20% off.

There’s a few other things you can do to help the righteous cause of The Infinite Three too: If you use Spotify, consider following us there. You’ll get a notification whenever we have new music available and the more people following us, the more it helps our chances of getting onto playlists and getting our music into new ears. You could also subscribe to us on Youtube, and even just tell your friends about us. Just sharing a few of our tunes on Facebook or Twitter is a massive help and we’re always eternally grateful to those of you who take the time to do this.

We’ll be announcing this year’s Winter Solstice song next month along with the titles and cover art of the new albums for your eyes and brain.

Until then, huge thanks for your support.

Thanks to everyone who came out to Aces and Eights last night. We had a splendid time. If anyone took photos of our performance, send them over and we’ll share them here.

Our next show is at Westgarth Social in Middlesbrough for the fifth Peel Regenerated festival! 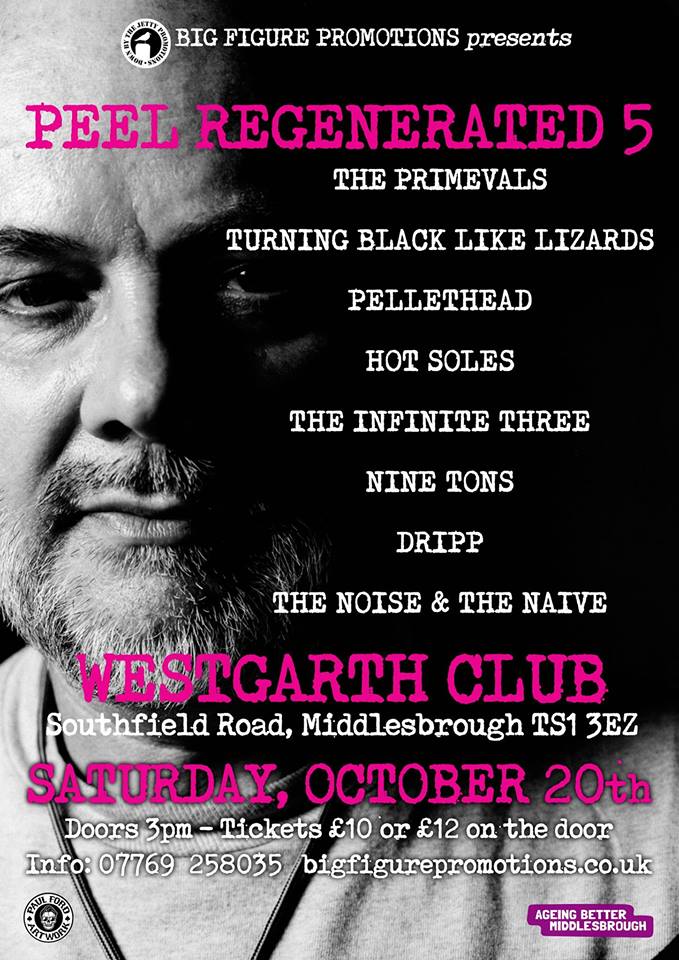 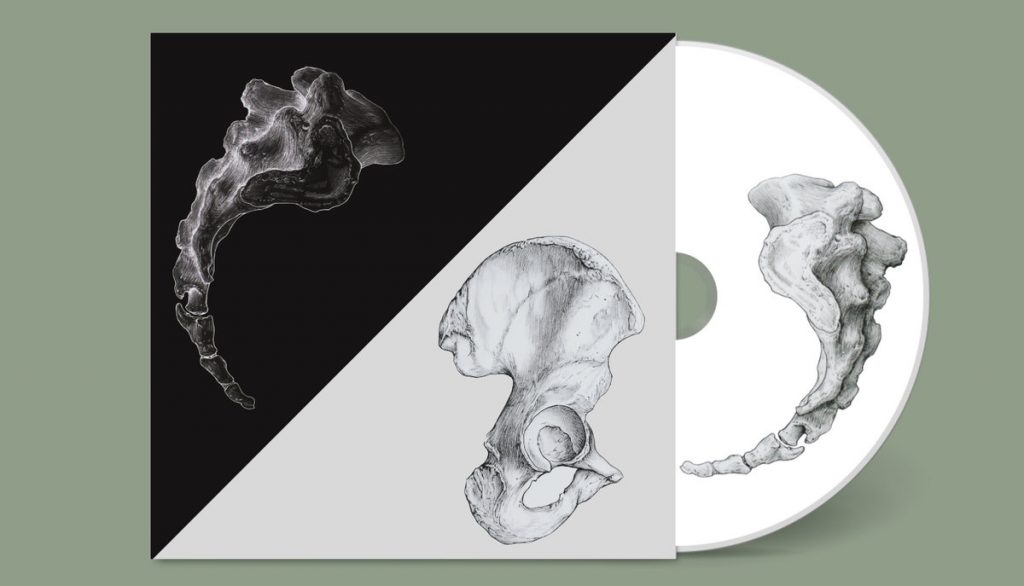 Innocence & Foam are due to be released (24th August) as an album length CD along with two bonus tracks – thus comprising the entire recording sessions.

The CD is a beautiful limited edition object with artwork designs from original drawings by Harumi Foster. It’ll be strictly limited to 50 copies only, so they won’t be around for long!

But if you’d like to be guaranteed a copy of this fine sonic artefact, you can pre-order the CD right here: https://music.theinfinitethree.co.uk/album/innocence-foam

We’ll be aiming to ship any pre-orders out sometime before the release date, and as usual a full digital download of the album will be included as well.

As for brand-new music… We’re working on a pretty ambitious project right now. We recorded a huge amount of instrumental tracks at Brixton Hill Studios just before the Summer and we’re now entrenched in the weighty process of mixing and editing these into some pretty intense finished pieces. The intention is to bring you two longform, mostly intrumental albums before the year ends. More news on this soon!

As ever, thanks for supporting our music,
Love & rage

The excellent music site Echoes And Dust have reviewed our recent EP, Foam. Do a read of it with your eyeholes at https://www.echoesanddust.com/2018/06/the-infinite-three-foam-ep/ 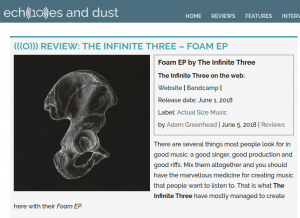