Thanks to Prog Magazine for the enthusiastic review of Ascension Zone – “Their most innovative recording so far.” – We are humbled and elated, despite the fact that the only progression in our music is that which hurtles us all towards the supreme non-space of hysterical nothingness. Love and Rage! 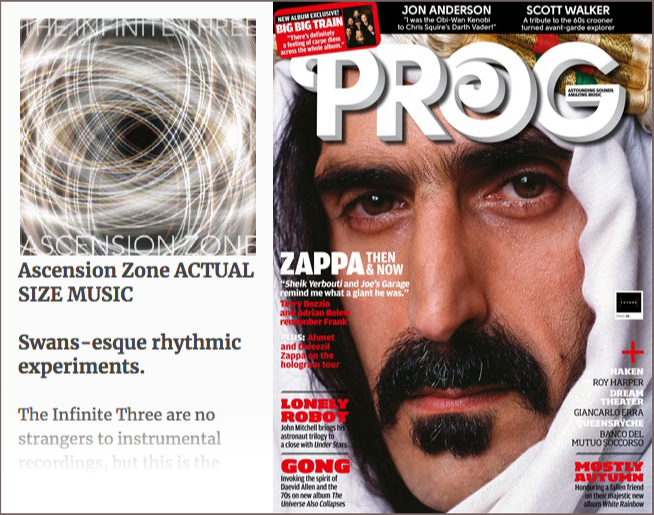 Ascension Zone is available as a limited edition CD or an unlimited download from here: https://theinfinitethree.bandcamp.com/album/ascension-zone

Our instrumental album, Ascension Zone is released today. It’s available as a limited edition CD and as a download from our Bandcamp page here: https://theinfinitethree.bandcamp.com/album/ascension-zone 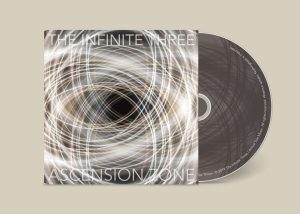 Give praise to all the little animals and listen to it with your beautiful ears and brain. May the way out be as sweet as the way in.

It is also available from all the usual places one would expect to find such things.

Let us know what you think.
We are exhausted but joyful.
The pig’s head represents the destruction of ignorance.

AND.. If by some wonderful miracle you happen to be in the town of London tomorrow night, we shall be performing live at Electrowerkz. It’s a benefit show for Alzheimer’s Society and Zazimut and a tribute to Jim ‘Tornado’ Evans. Information here and here.

Releasing the Innocence EP just before the turn of the new year brought us, as is always the case with new recordings, an enourmous sense of weight lifting from our collective shoulders. We all feel very proud of the new songs and are looking forward to performing them live this year, expanding and opening up the songs even further.

As we’ve mentioned many times, these new songs were all born from much longer sessions of intense collective improvisations. My own personal vocabulary of improvisatory musical language took a leap at the beginning of 2017 after having attended a couple of terms of lessons at the wonderful Morley College in London, under the tutorship of Alex Haines.

Alex graduated from the Royal Welsh College of Music & Drama in 2013 with a first class degree in Jazz Guitar, and has since become a sought-after performer in many of the UK’s top jazz clubs and venues. As well as being patient and wise teacher, Alex’s playing is a thing of great beauty. Here he is, in a trio with Alex Munk and Nick Jurd, performing a piece called Robots.

When I decided to attend Alex’s classes a friend of mine casually remarked “Why do you need to do that? You already know how to play the guitar”… I didn’t mention that I felt that my own playing at the time was somewhat clumsier than I’d ideally like but I did reply that the process of learning never stops.

Alex, if you happen to be reading this, cheers mate. I’m still wilfully ignoring harmony, but at least now I know what I’m ignoring and why! Ha!

Here’s to the absorbtion of more wisdom and the further inflaming of neurons in 2018!

A short taster of some of the new music we’ve been working on. A release is planned for sometime this year.