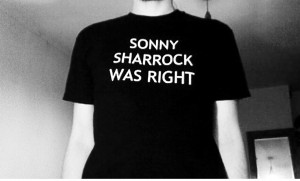 Huge thanks to everyone who came out to see us at The Windmill the other week.  It was a great way to end the year. Little Death Machine and Terminal Gods were both excellent as were the sounds provided by DJ Jason Lipscombe.

We’ll have some more live dates for 2015 to announce soon, as well as our usual seasonal single.  This year’s track has been constructed from a live improvisation we recorded earlier in the year.

We’re very pleased with it.  We also have plans to record again early in 2015.  Not sure yet whether it will be an album, EP or whatever. Do as the leopards: remain alert!