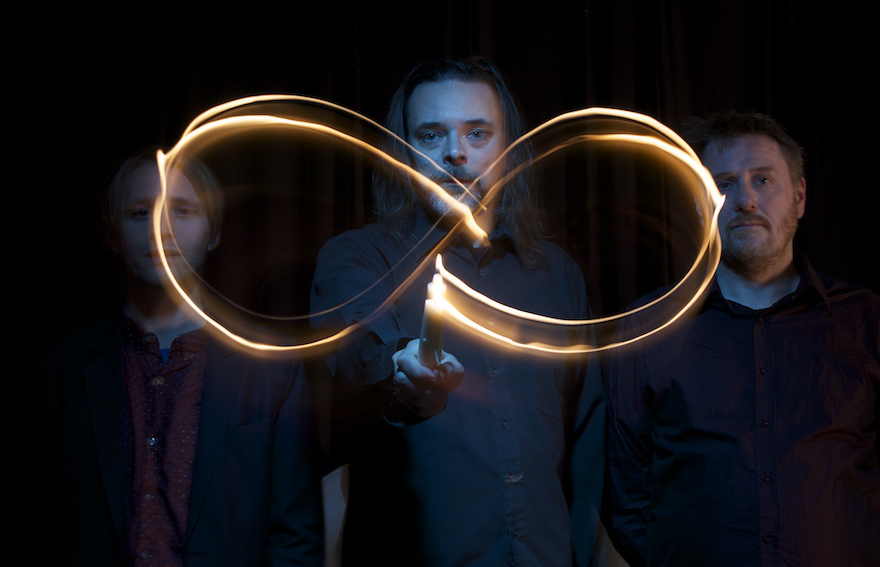 For almost ten years The Infinite Three have toiled on the periphery of music, sculpting new shapes from art-rock, post-punk, dub, drone and noise.

They were formed in late 2009 by Daniel Knowler (Leisur Hive / Cindytalk) and Robert Allen (Leisur Hive / Halo) after the demise of their previous group. Crust Of Utopia appeared in 2011 showcasing an abstract and splintered form of rock music. The Rattle Belly EP followed in 2012 with assistance from Mr Sam McLaughlin joining as bass player.

In 2012, R.Allen left and was replaced by Mr Paul Middleton (Cindytalk / GOD).  In May 2014 this new line up released Songs Of The Breather,  a heavier, more focussed album thanks to Paul’s muscular rhythms.  The following year saw a string of intense live shows as well as the release of the fan-only (and entirely improvised) Zeklof album.

The Innocence and Foam EPs were released in 2017 and 2018 respectively and finally compiled, along with additional tracks, into the band’s fourth album, Innocence / Foam.  Constructed entirely from first-takes, the album combined heavy rhythmic structures with improvised sonic abstraction and surprisingly concise, dark melodic songs.

Despite the song-based approach to their previous albums, The Infinite Three are no strangers to wordless music. Their annual Winter Solstice singles have explored cinematic sound-worlds and psychedelic improvisation and several fan-only instrumental recordings are available to subscribers on Bandcamp.

There is a smooth featureless pig eating our memories. All we can do now is hold on to each other and wait for the lights to get brighter.

May the way out be as sweet as the way in.